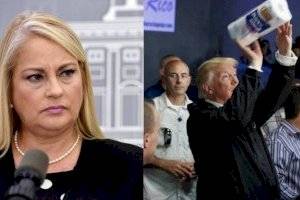 The interim governor, Raúl Márquez Hernández, today withdrew the appointment of the secretary of the Department of Correction and Rehabilitation, Eduardo Rivera Juanatey, as superior judge.

The nomination would have been withdrawn because, according to the majority of the New Porgresista Party (PNP), the secretary did not have enough votes to be confirmed.

Another 12 appointments, including that of the mayor of Ceiba, Angelo Cruz Ramos to associate member of the Auction Board of the General Services Administration, were also withdrawn.

On the other hand, the Senate confirmed the secretary of Public Affairs of La Fortaleza, Osvaldo Soto García, as Associate Commissioner of the Puerto Rico Telecommunications Bureau.

Soto García had previously been nominated as comptroller but asked the governor to be removed due to strong criticism.

People over 60 with chronic diseases will be vaccinated | government

Disbursement corresponding to March of the Pandemic EBT begins | government

Conditions for an audit of public debt are detailed | Present

Book of love that feeds the soul

People over 60 with chronic diseases will be vaccinated | government

Drawings of the Electronic Lottery of March 4, 2021