A new video of the murder of the young Isadora Nieves, known as “Pinky Curvy”, appeared on social networks, which occurred last Saturday night in Hato Rey.

The images show the man who was driving the vehicle, where the young woman and another woman were walking, stop and quickly get out of it when a red car approaches and they shoot from the inside.

The hitmen back down and take another route. After several seconds, the alleged couple of the occisa get on the 2020 Tacoma bus and continue the march to Roosevelt Avenue.

Then the killers go back to chasing the bus. 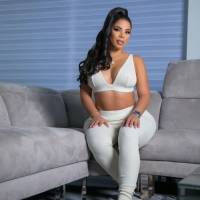 Who was Pinky Curvy?