Before the Senate Appointments Commission, Lawyer Leo Aldridge showed proof that the nominated Secretary of Labor had knowledge and power to stop the case against Alma Yariela Cruz Cruz, but chose not to do so. 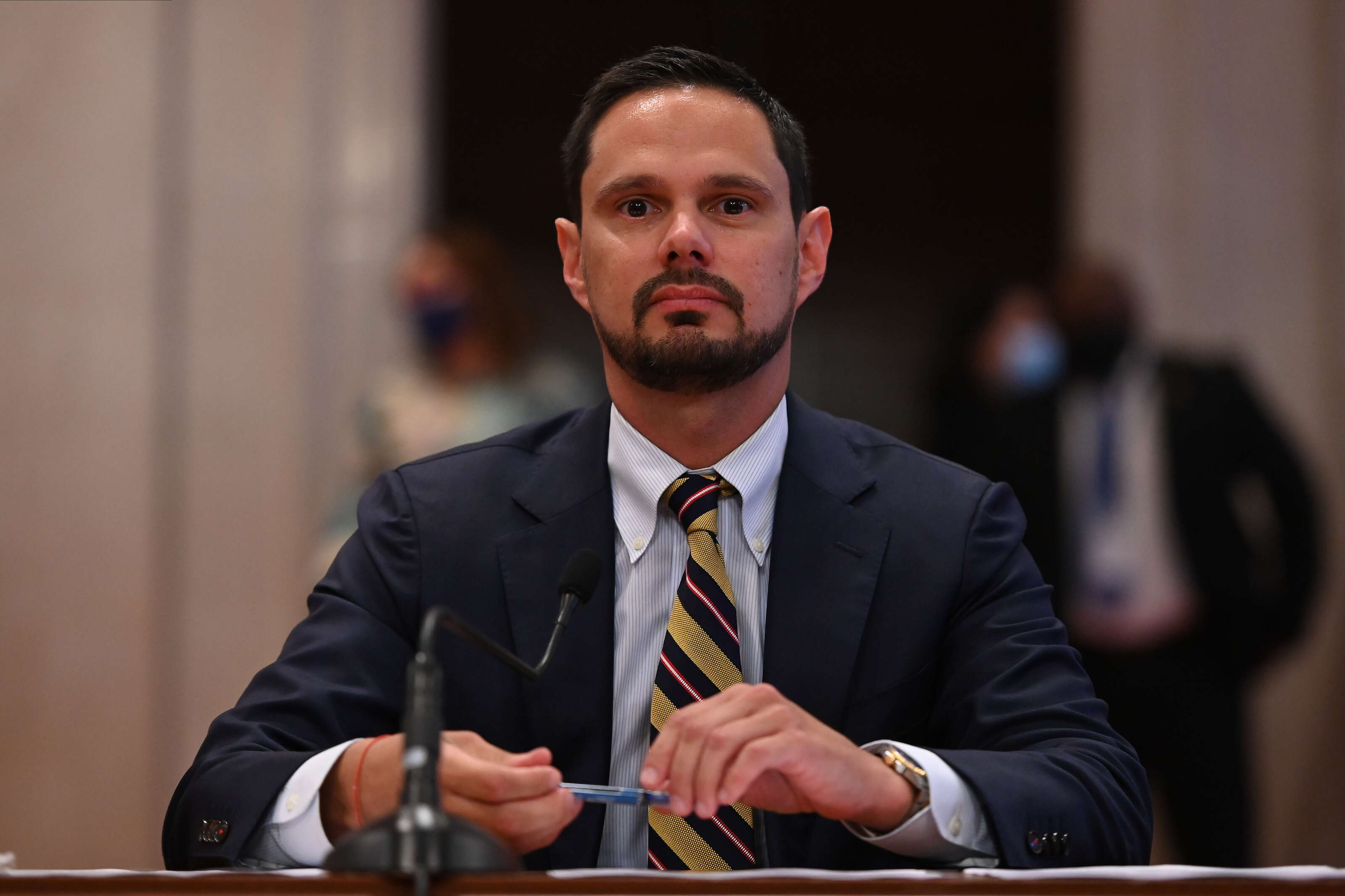 Lawyer Leo Aldridge deposes before the Senate Appointments Commission on the handling of the case of the girl Alma Yariela Cruz Cruz by the designated Secretary of Labor, Carlos Rivera Santiago.

According to the lawyer Leo Aldridge, the designated secretary of the Department of Labor and Human Resources (DTRH), Carlos Rivera Santiago, had in his hands all the tools to desist from putting the weight of the State on a black girl who allegedly defended herself against bullying, however he did not.

Instead, according to the president of the Senate, Thomas Rivera Schatz, that responsibility attributed to the nominee fell not only on Rivera Santiago, but on a whole line command that has not been questioned in the same way during this process, despite the fact that currently the only one under scrutiny by the legislature to occupy a constitutional position is, precisely, Rivera Santiago.

Both arguments starred the public hearing of the Senate Appointments Commission to investigate the role of Rivera Santiago in the case that the Department of Justice brought against Alma Yariela Cruz Cruz.

At 11 years old, the girl and special education student were five charges were filed for assault in January 2017. Her family justified that the girl had been the victim of a pattern of bullying due to her skin color and that is why she reacted that way.

The nominee was accused of not intervening to stop the prosecution of Cruz Cruz, since at that time he held the position of Assistant Secretary for Minors and Family in Justice. In other words, he supervised the children's attorneys who handled cases like those of the girl. The one who was leading Justice while insisting on continuing with the charges was the current governor, Wanda Vázquez Garced.

For Aldridge, who served as Cruz Cruz's lawyer in that case, the lawsuit had to be mediated out of court and, due to inaction from the Modesto Rivera school in Carolina, it was Rivera Santiago who had the power to put a stop.

“He had countless opportunities to use good judgment, prudence and a basic sense of justice to stop the abuse that has outraged the Country, "said Aldridge, adding that on three occasions economic sanctions were requested against him to deprive Cruz Cruz of legal representation, despite the fact that he was handling the pro bono case. 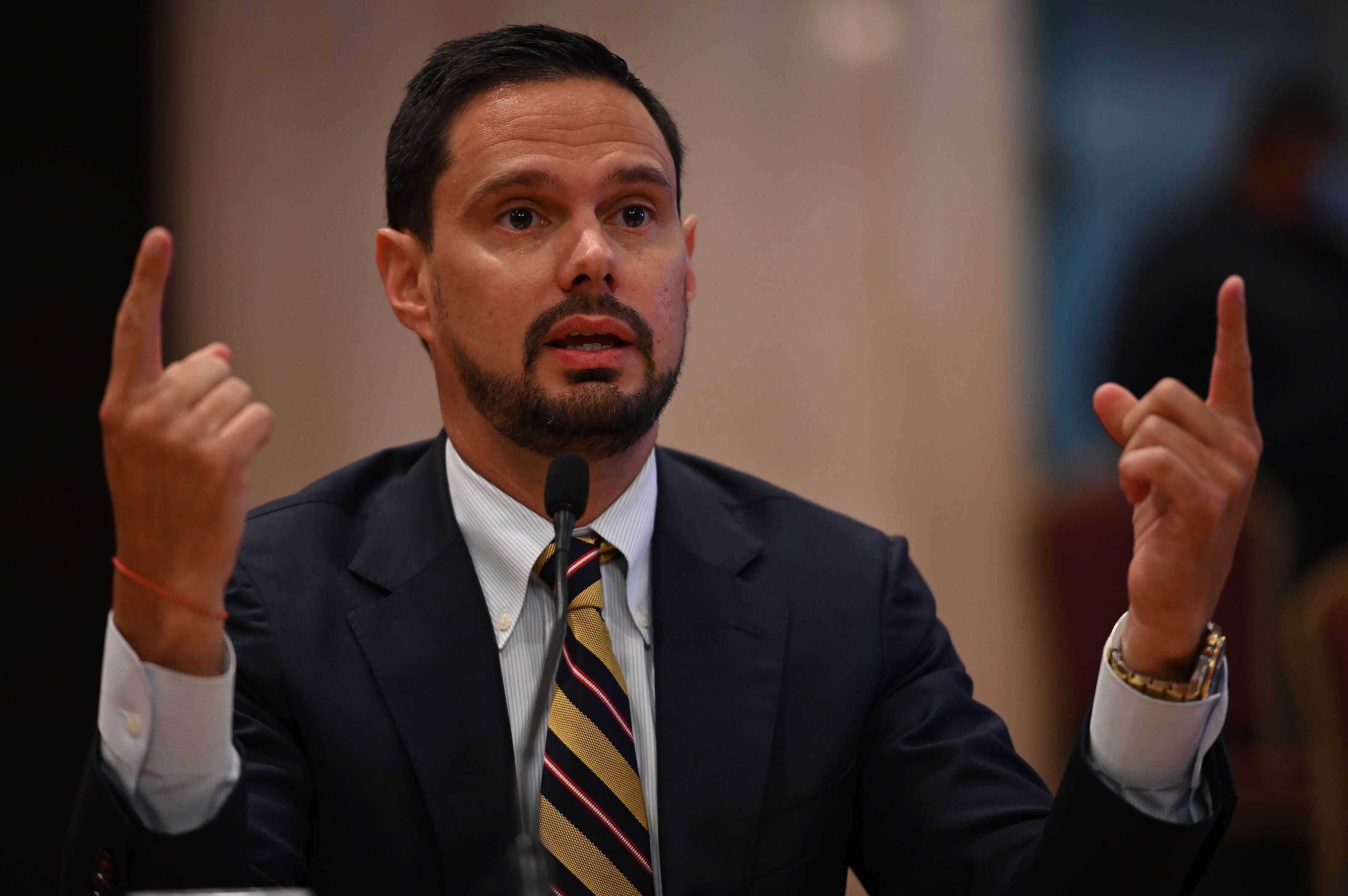 The lawyer shared with the senators a letter that he sent directly to Rivera Santiago on April 8, 2017, in which he asked for the des estimate and requested an evaluation to see if a discipline was met at the school level and if the minor understood the processes. The letter was not answered by the nominee, then Assistant Secretary.

In another message, this time by email on May 6, 2017, Aldridge emphasized the previous request and stated that Rivera Santiago had decisive power to resolve the matter, To which the nominee replied two days later that, in order to be able to mediate, "there must be the consent of all the parties for the referral to take place" and that, therefore, the adjudication of the five charges presented would proceed against Cruz Cruz.

He also asked him to contact the Office of Minors in Carolina to formally request these remedies.

“No law and no regulation required him to continue the case. The Secretary of Labor had before him a gigantic responsibility and chose to wash his hands like Pontius Pilate. The excuse that the case was running when he arrived is the most trivial excuse ever made, "Aldridge read during his testimony. 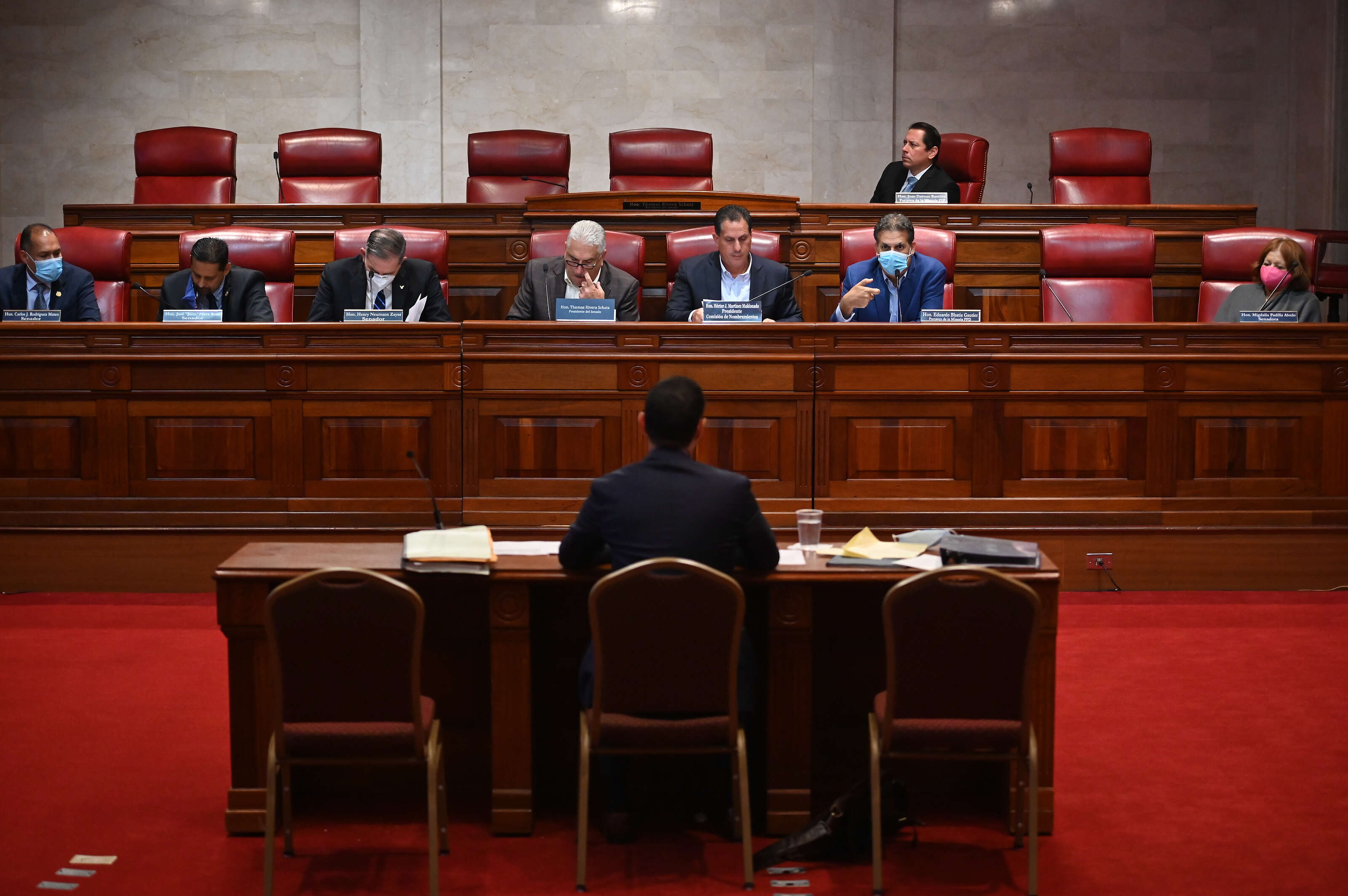 Lawyer Aldridge criticized child attorneys under the direction of Rivera Santiago, assuring that from his experience he could say that they never “looked for minors”. Although he mentioned that people should have the right to claim, he clarified that this opportunity should arise after they accept their mistakes, something that Rivera Santiago has not done.

“Here the designee has never accepted responsibility for the terrible damage he has done a girl who could be the daughter of any of you. Decisions are not only actions, but also omissions, "he exclaimed.

When he appeared before the Appointments Commission last Monday, the nominee Secretary acknowledged that the case should not have gone to court , at the same time that it admitted that it did not order the file or the arrest of the case in any of its various stages because it understood that, by continuing with the arrest warrant and the filing of criminal charges, it was in compliance with its ministerial duty. [19659005] Rivera Schatz's strong defense

As in yesterday's hearing in which Cruz Cruz's mother, Yomayra Cruz Lozada, deposed the bulk of the public hearing Wednesday afternoon he relapsed into the deponent's exchanges with the President of the Senate.

Rivera Schatz criticized that the accusations against the nominee arose now, when he is intended to direct the DTRH, but not when he was appointed as prosecutor of Justice in November 2019.

In his extensive speech, the President of the Senate sought in various ways for Aldridge to classify Rivera Santiago as racist and verbalized that, if there is evidence that the nominee was racist, he would order the evaluation of the appointment to be canceled.

“Some people have wanted to turn this into an act of racism and I want someone to tell me in which act Carlos Rivera Santiago was a racist. If anyone here brings evidence that the lawyer was a racist, I post it [el nombramiento]. Immediately. I want to stop racism. I want to see here who is the racist, but I think there is another type of discrimination here that is not by race, "said Rivera Schatz. 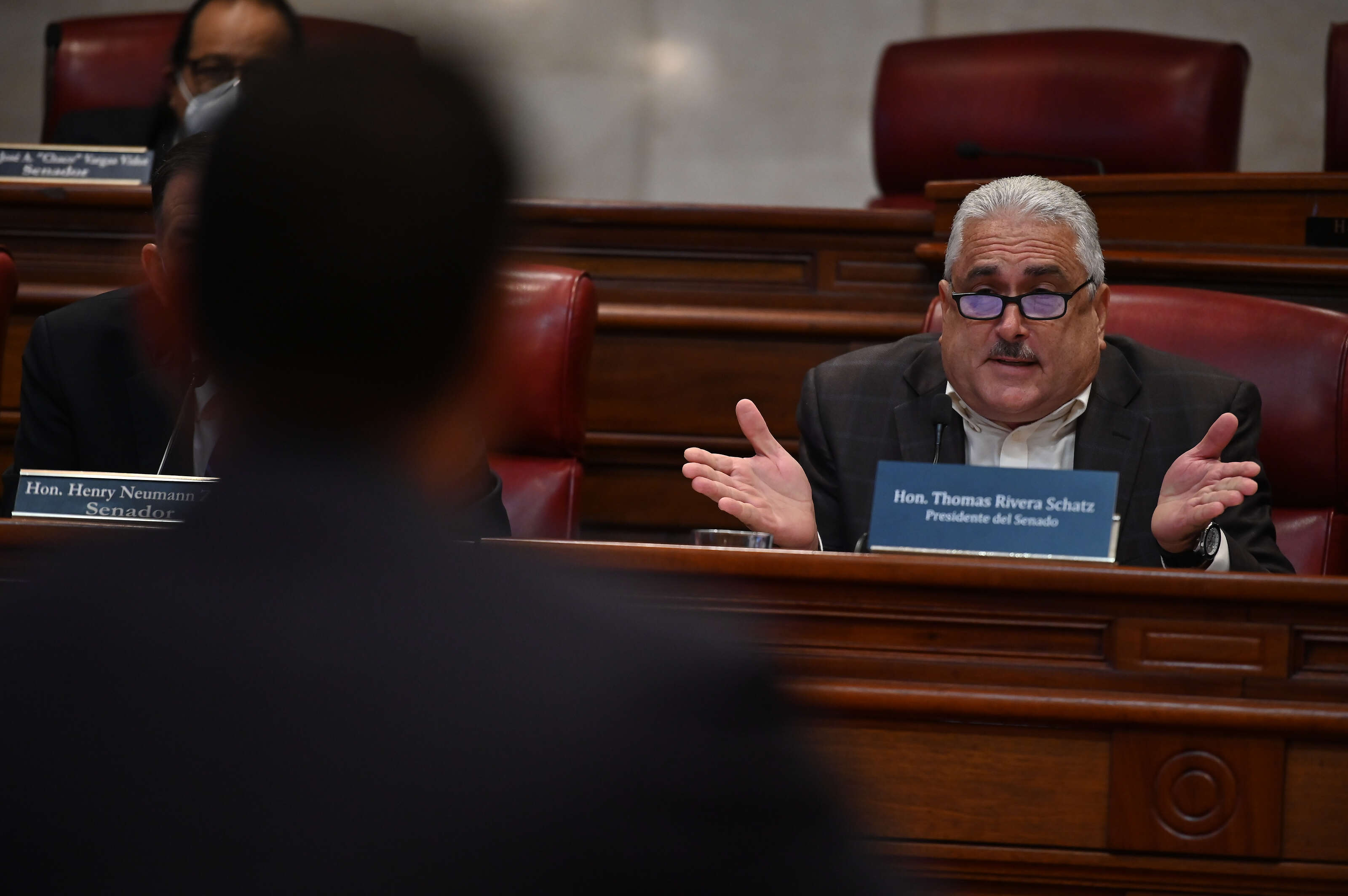 Thomas Rivera Schatz, president of the Senate, had several questions.

The President of the Senate even asked Aldridge if a senator adjudged that Rivera Santiago was racist, attorney Marcos Rivera Ortiz could use those words in his favor in the damages lawsuit filed by Cruz Lozada against the State, the Department of Education, and unidentified persons who may have been negligent in handling the Cruz Cruz case.

Aldridge replied that, as a lawyer, he could use the argument, but added that the styles The number of graduates vary and therefore, not all think or act in the same way.

The President of the Senate criticized that only he confronted the nominee last Monday about his plans to handle the long lines of people who ue seeking to apply for unemployment, as the other senators focused on the issue of racism. However, during this hearing, Rivera Schatz also did not elaborate on the credentials of the nominee, a former juvenile attorney, to lead the DTRH.

Rivera Schatz also questioned whether all parties involved in the lawsuit, from the school officials in Carolina, even the judges who had this case before her, could be considered racist for her inaction, as has happened with Rivera Santiago.

On multiple occasions, Aldridge reiterated that he could not make that assessment, but stressed that the attacks on those who reacted Cruz Cruz contained insults for their race and that is why the issue of racism was addressed.

"Let it be clear that Mr. Leo Aldridge does not accuse Carlos Rivera Santiago of being a racist", resolved the President of the Senate . 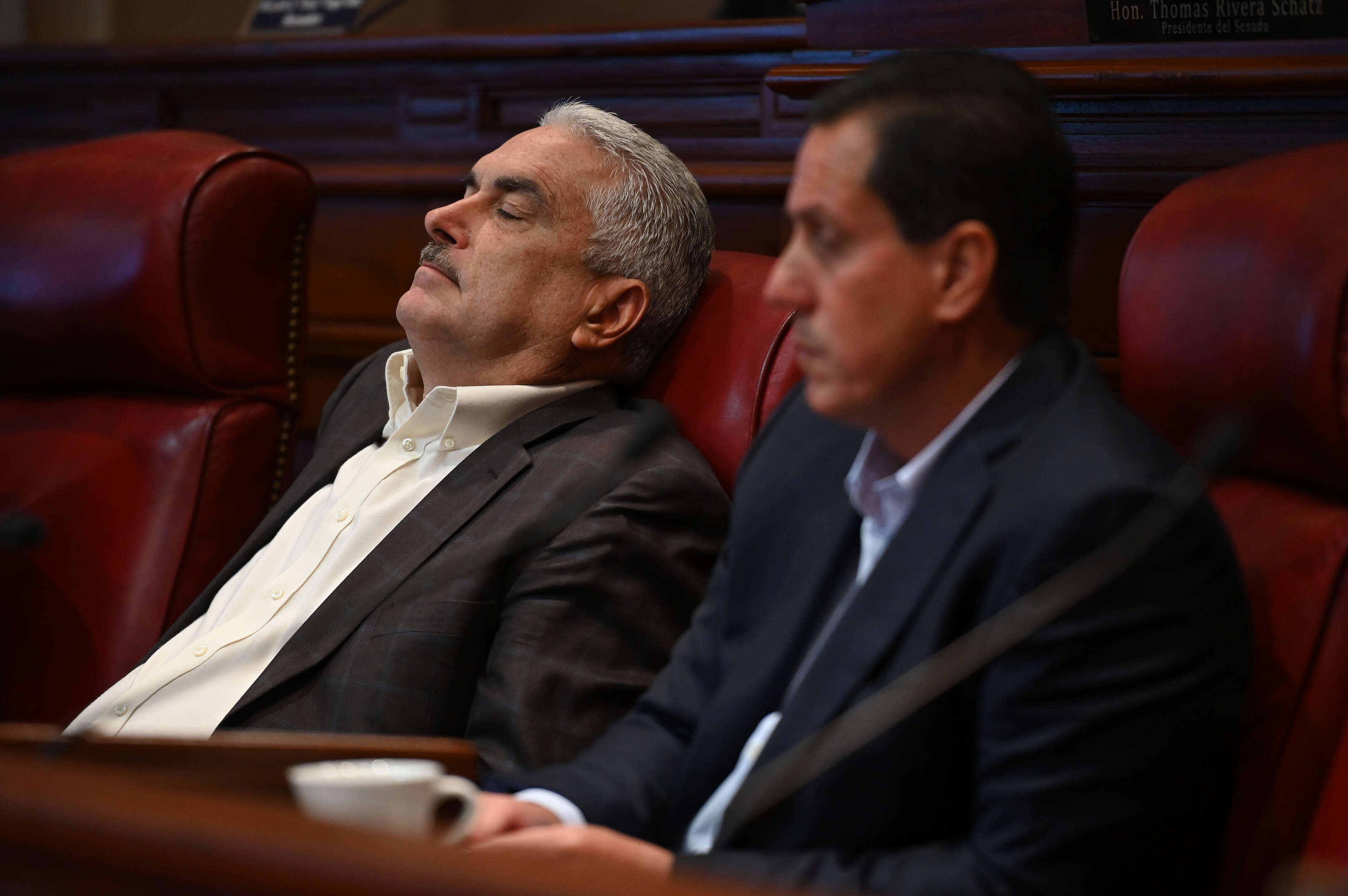 Both then became involved in a discrepancy on the way in which that the lawsuit was resolved, since the attempted criminal prosecution ended in February 2018 through government withdrawal.

In Rivera Schatz's opinion, the case was dismissed because the plaintiffs chose to withdraw, which for attorney Aldridge it was synonymous with both the plaintiffs and Justice being left without evidence. Neither of them relented, but the President of the Senate sought to have the last word.

At the end of the hearing, Senator Héctor Martínez Maldonado, who chairs the Appointments Commission, mentioned that there was an 85 percent probability that the nominee attend a second public summons tomorrow, Thursday.

In his opinion, it was not apparent from the hearing that Rivera Santiago had participated in the Cruz Cruz case and that at all times he complied with the law.

The participation of other senators in the hearing was less than that held yesterday.

See the transmission of the public hearing: