The president, Jorge Haddock, dismissed as "irresponsible" the proposal of the JCF, which proposes bankruptcy as a measure to reform the institution's retirement plan. 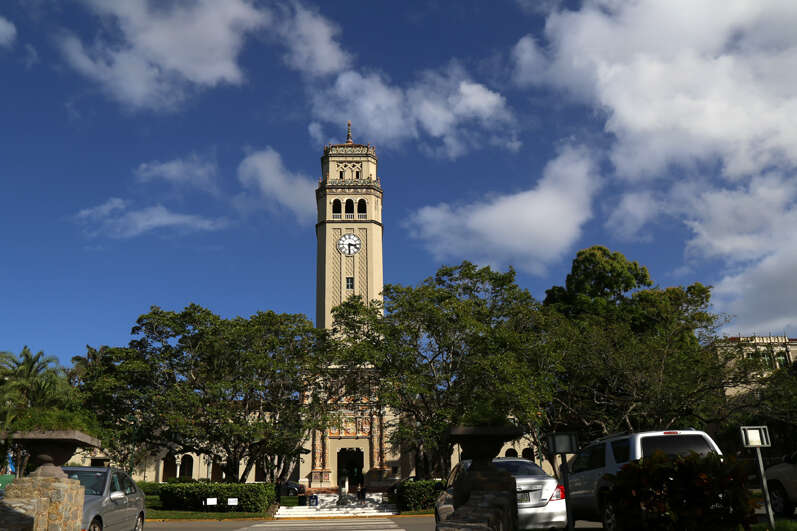 The university community rejected the analysis of the Control Board Prosecutor, which includes bankruptcy to reform the UPR retirement system as an alternative.

The alternative presented by the executive director of the Fiscal Control Board, Natalie Jaresko, that the University of Puerto Rico uses Title III of the PROMESA Act to reform its pension plan shows the lack of knowledge of what is the first educational center in Puerto Rico.

After the publication of the UPR Fiscal Plan, Jaresko noted that the pension system faces a high risk of insolvency in 10 years, unless forceful measures are taken. Faced with this scenario of economic precariousness, he raised the alternative of bankruptcy.

“This suggestion by Jaresko, to mention that the UPR has to file for bankruptcy is wrong. It only shows ignorance of what the UPR is and its processes. This can lead us to lose accreditations and much more. The JCF is saying something very wrong. First, the one who takes the budget away from the University and causes it to have no money, is the Board. Of all the government agencies, the UPR has been cut the most from the budget since day one, "Santana Andino told NotiCel.

The president of Heend added that these proposals put pressure on the liquidation of the system of retirement from the UPR, since it also has a “Governing Board that is in favor of dismantling the UPR plan.”

“With this they are saying that a possible bankruptcy can be glimpsed, do you think a flight of students, because who is going to want to go to study in a center that they say is most likely going to go bankrupt, "he said.

The president of the UPR, Jorge Haddock, rejected without hesitation the proposal for the island's first educational center to file for bankruptcy as an alternative to reform the pension plan.

Haddock indicated that the country's first educational center has paid off the debt so far and that bankruptcy could cause the final loss of federal funds for scholarships for students, research and permanent improvements, in addition to representing an excessive additional cost in legal and financial advice.

“It would affect the accreditation that we had so much effort to obtain and maintain, thanks to the control and rigor measures that we have implemented in such a short time, "said the university leader in writing.

" We are taking great steps in the right direction. The transformation of the first teaching center progresses without pause. We have created a culture of responsibility and compliance, kept the budget balanced and created a new budget model… However, the Board of Directors does not recognize it because it already has an agenda for the university. They have wanted to force the dismissal of employees and the closure of precincts from the beginning. This is contrary to our public policy, and we have shown that we can achieve results without having to implement such drastic measures. This strategy is very common in universities in the states, but it is contrary to the humanity that characterizes our island and institutional culture, "he added.

Haddock added that the Fiscal Plan prepared and certified by the JCF does not reflect the reality of the institution, or the work they have done in the past two years. On the contrary, he assured that it betrays his ignorance of the processes and university governance.

"Transformations, to create a long-term sustainable change, require time and a cultural change," he pointed out.

The university leader pointed out that the proposal to eliminate 10,300 positions would affect academic quality, since “the administrative staff of the UPR fulfills a valuable function in supporting teaching and academia.”

The president explained that the Governing Board of the UPR, fiduciary of the Retirement Plan, has presented different proposals to modify the plan without changing the pension benefit of retirees.

Haddock described Jaresko's expressions as irresponsible because they create a climate of instability in the institution.

"At this time that we live in Puerto Rico, due to the pandemic and the fiscal crisis, the JSF should avoid adding uncertainty that may generate unrest in our population. Sab We are called, by the Promise Law, to create fiscal responsibility on the Island, but there is a social and human responsibility that must prevail in our considerations, "he said.

He also denied that the institution has only disbursed $ 4 million of the Cares funds. He assured that the UPR has distributed the funds in compliance with the instructions of the federal Department of Education. Of the funds received in the first phase, almost $ 30M has already been awarded to almost 35,000 students, according to Haddock.