The new commissioner of the Puerto Rico Police Bureau, Antonio López, acknowledged that the “criminal intelligence” method to follow up, trace and be attentive to the subjects who could commit criminal acts such as those that occurred earlier this week where three agents lost their lives in a shooting in Carolina.

“The police lost what is called criminal intelligence, which is to obtain criminal information and follow up on these individuals,” López said in an interview with Radio Island 1320.

However, López indicated that now that initiative that he classified as “fundamental” in any law and order agency will be resumed.

The Commissioner also emphasized that there are “few” criminal organizations in Puerto Rico and that only “there are ten.”

The police are now concentrating on the investigation into the murder of David Rivera Batiz, a young man who was identified as responsible for the death of three officers in the shooting that occurred this week and who was found dead with a sign in Santurce.

López indicated that since there are few organizations that are linked to drug trafficking on the island, they could already know who is the author of the murder of the 25-year-old. 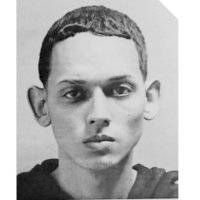 Fire in a body shop in Villalba

A murder is registered in Puerto Nuevo