While in Puerto Rico there are plenty of emergencies and the workforce to attend to it seems to be decimating more and more, yesterday the workers of the 9-1-1 Emergency Systems Bureau experienced another difficult situation in their workplace.

In fact, there were those who, dismayed by their health, stopped and for a minute thought to leave, fearing for their safety in the face of a coronavirus outbreak that they knew was hitting the Bureau. However, they stayed, looking for some way to deal with this uncomfortable situation without affecting service to the citizenry.

During a few minutes of uncertainty,Yes, one of the screens was left last night that indicates the personnel available to serve the public at a 9-1-1 Reception Center:

It was then, after 8:00 PM that the situation was resolved after meetings between union members of Local 3010, the Union of Communications Workers of Puerto Rico (CWA-Local 3010) and the director of the Bureau’s Call Reception Centers. 9-1-1 Emergency Systems (NSE911), Arelis Santana.

“As such, the Hato Rey Center was the last to close last night,” the vice president of CWA-Local 3010, Luis Rivera, began to relate early this morning.

“At approximately 8:15 pm, the colleagues decide not to work anymore, this after we had several telephone meetings with the director of the Reception Centers, Arelis Santana. I met several times by telephone during the day of yesterday with her. Even in one of the calls, three people spoke: Aramis Cruz, executive president of the Loca, Arelis Santana and this server, “he added.

“We explained to him that since the pandemic began we had given him options, fearing that what finally happened, would happen. We foresaw it. And we said it. We asked them to figure out a way that we could work remotely in case this happened. We asked that a remote emergency center be enabled for 9-1-1, even by cell phone. We told him since the pandemic began, the agency has never taken action on this matter, “explained Rivera, who works as a telecommunication worker for the 9- 1-1 20 years ago, in addition to being a trade unionist. 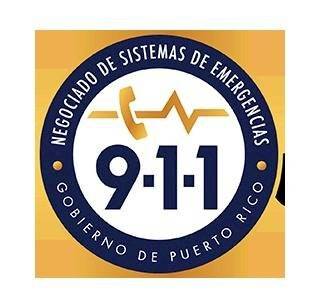 Despite the fact that it is a situation that the union tried to prevent, yesterday the Government issued lightning statements, informing that they would close the call centers and that there was another number to call if you had an emergency. Yes, moments of care within a scene, ironically, of emergency, are those that the 9-1-1 Emergency Systems Bureau lives right now, after the authorities themselves confirmed several positive results to Covid-19.

“Tonight the decision was made to close the 9-1-1 Emergency Systems Bureau Call Reception Centers (NSE911) after employees of both facilities reported positive results for COVID-19. To guarantee the continuity of the operations and that emergencies are attended to correctly, the Office of the Bureau for Emergency Management and Disaster Administration (NMEAD), known as Central Control, will be used, which operates 24 hours with properly trained personnel, “said Pedro Janer Román, in statements written officers that were made known to the media.

“To report emergency situations, they should call 787-724-0124. The Dispatch staff will channel calls with the corresponding municipal or state response agencies for each emergency. Similarly, they can call 787-343-2020 to communicate directly with the Police, “it was indicated.

“The employees who had or may have had contact with the affected people were placed in isolation and tests will be carried out to detect COVID-19 in the coming days, as established by the protocols of the Department of Health. On the other hand, both buildings will be decontaminated and the date on which they will resume operations will be reported shortly, “added Janer Román in his statements. 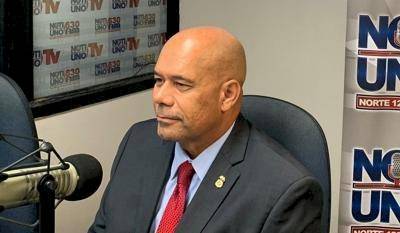 The matter was all the rage last night on social media and in national media. Sources of this medium, however, indicate that “for days” the situation of the positives to Covid-19 has been known.

“Today [ayer] in the afternoon, Guaynabo was already closed, but they had not cleaned or disinfected, “he said.

“There was commotion among the employees because it was not known [ayer] if they were going to close Hato Rey too. Today [ayer] An employee himself returned to work after taking the test, without knowing if it was positive or negative. The other person did not go to work, “the source had told this medium shortly after seven o’clock yesterday night, assuring that” until today [ayer, pasadas las 7:00 P. M.] employees continued to work their regular shift at Hato Rey. “

El Calce was the first to report a few weeks ago of the uncomfortable work situation that the NSE911 workers claim to live in, who understand that this agency has been reluctant to comply with Law 32-2020, signed by the Governor in March.

Read these August firsts from El Calce, so you understand:

Guild 9-1-1 thunders against Commissioner and demands that Law 32-2020 be applied: “Yazmín betrayed us”

In fact, on Monday, October 19, they held a demonstration in the vicinity of the Call Reception Center located in Guaynabo, near the Monacillos sector.

“The Union alleges that the Governor signed law 32-2020 that protects the 9-1-1 funds and in turn blocks, together with the DSP, their implementation,” had indicated the Union of Communications Workers of Puerto Rico, an organization that represents to the workers of the Bureau of the 9-1-1 System, in a press release dated October 14.

The Union denounced that the funds of this negotiation are in danger and puts at risk the response time of the ambulances when they are activated to attend to the emergencies of the citizens. This is because “on March 24, 2020, the Governor of Puerto Rico Wanda Vázquez signed Law 32-2020 and weeks later issued a certification of non-compliance with the fiscal plan, putting the law on hold.”

The union reported that Law 32-2020, which was presented by that union seeking to protect the 9-1-1 funds so that they are used solely and exclusively for the attention of emergency calls as established by federal statutes The Bureau is nourished by Own funds that come from the contribution of each citizen through their cell phone bill, residential and business phones, not depending on the general government fund.

The President of CWA- Local 3010 speaks out during a recent protest:

“Our Union with the support of Senators Henry Neumann and José Vargas-Vidot, we present what today is Law 32-2020, in order to return to 9-1-1 the tools it needs and ensure that funds are protected, it was It is necessary to exclude the negotiated of Law 26-2017, which is the Law of compliance with the Fiscal Plan. As explained, 9-1-1 funds cannot be used to pay debt nor can they be transferred to the general fund, not It makes sense to apply austerity measures on 9-1-1 and what it has created is an increase in response time and a reduction in resources to attend to emergencies in the country, “said Aramis Cruz, President of the Union.

According to the Union, this project was being worked on for two years and at no time did the Governor or the Fiscal Oversight Board indicate that they were incompatible with PROMESA or the Fiscal Plan. In fact, letters held by the Union from the Executive Director of the Board Natalie Jaresko clearly state that the use of 9-1-1 Funds will be used for the purposes established in the Act and the improvement of the System.

Cruz reported that “the problem lies in the fact that, for the moment, Governor Wanda Vázquez together with Commissioner Yazmín González, the secretary of the Department of Public Security Pedro Janer and the Director of AFAF Omar Marrero, submit a letter to the Board informing that no can comply with Law 32-2020 as it is incompatible with the Fiscal Plan, despite the fact that the Government has given way to other measures whose impact on the general fund is palpable. All because Law 32-2020 makes it impossible divert funds as has been done in the past. “ 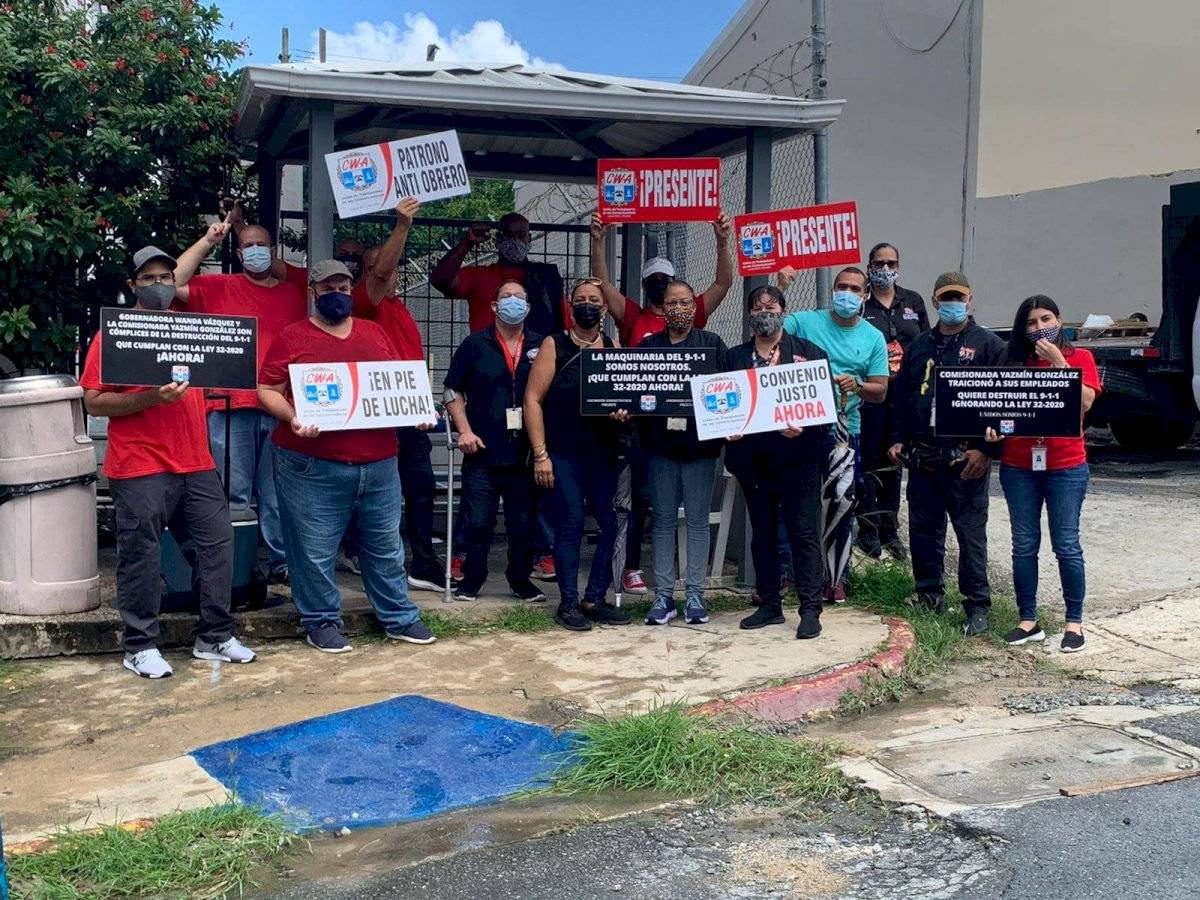 The Union reminded the Government that for the years 2014-2017 the 9-1-1 diverted more than 24 million dollars for matters not related to the attention of emergency calls. This caused an imbalance in their finances and the integrated municipalities and response agencies received the budget items that were destined for these purposes. This created that the response time increased to almost 35 minutes putting the lives of citizens at risk. He also pointed out that under this administration funds have been diverted, such as the comparison of a vehicle for the past Secretary of Public Security, Héctor Pesquera.

“The commissioner insists that it was the Fiscal Oversight Board that paralyzed the Law and that is not correct. The Board clearly asked the Government to justify why Law 32-2020 could be applied when the impact is to increase the budget ( with 9-1-1’s own funds) at approximately $ 450,000 and the Government decided not to justify the Act. In fact, 9-1-1 today is seeking to pay with 9-1-1 funds for expenses directly related to the DSP, what this law would not allow. Since the DSP and Commissioner González could not amend the law, the easiest thing was to put it aside. And that is exactly what these officials did. They thought first of their political agendas and left a On the side of the security of the people. We cannot allow going back. We have to defend Law 32-2020 and we will not rest until we achieve it, “said Cruz-Domínguez.

* Metro and El Calce requested a reaction from the DSP in this regard.