The Executive Director of the Puerto Rico Government Ethics Office (OEG), Luis A. Pérez Vargas, confirmed and evidenced that the former Secretary of the Treasury – a witness who was a member of the famous Telegram chat -, Raúl Maldonado, attended interviews and refused to testify about the chat “claiming they were collaborating with federal authorities“.

The OEG announced last Friday that it closed the investigation against Ricardo Rosselló and his work team caused by the chat, because the witnesses refused to authenticate the content of the conversations published mainly by the Center for Investigative Journalism (CPI).

Mayra López Mulero, Maldonado’s lawyer, told the media that her client was not summoned for an interview. In response, Pérez Vargas responded with a certification signed on October 28, 2019 that denies López Mulero. 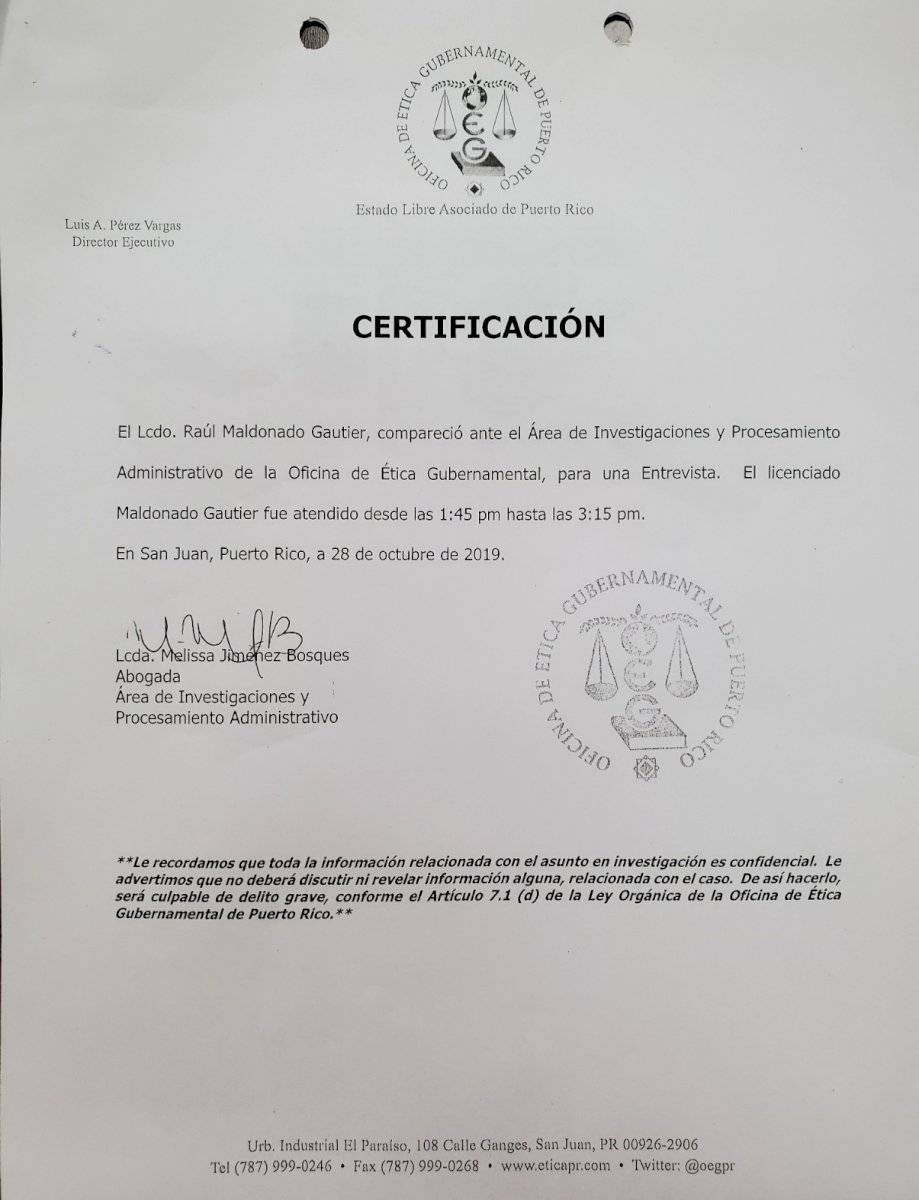 “López Mulero and Maldonado Gautier were in the Office on several occasions to ask about different investigations and this is stated in the files of the investigative processes. On the investigation of the Telegram chat, they were not willing to testify. This, claiming that they were collaborating with the federal authorities ”. The following is the tract of events, as cited by the OEG: