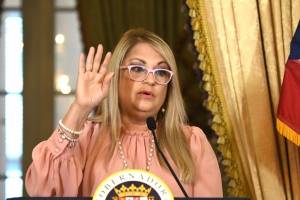 Governor Wanda Vázquez announced today that she will convene the sixth extraordinary session of the Legislature to address new administration measures to combat corruption in the government as well as projects that were pending in past sessions.

Among the projects to be submitted by the Executive is a measure that amends the law that regulates government contracting. One of the amendments establishes that the subcontracting of companies by government agencies is not favored.

Vázquez stressed that the outsourcing practice means that the public agency cannot adequately control the company that actually carries out the work.

The first executive, who announced the initiatives at a press conference in which the legislative presidents did not participate, argued that in case a subcontracting is necessary, the subcontracted company will have to comply with all the requirements that are currently required of the contractor principal.

Likewise, any extension to the contracts may not be for an amount greater than 40% of the originally agreed amount.

The Treasury announces a good start to the tax cycle | government

The Treasury announces a good start to the tax cycle | government

They will hold the first open-air Craft Market in Aguada