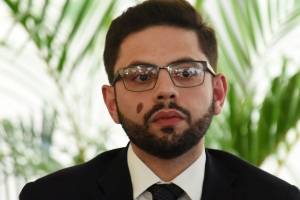 The Secretary of the Treasury, Francisco Parés Alicea, reported yesterday that this Monday they would be submitting to the IRS the draft of the Distribution Plan required by the Treasury Department, in relation to the new round of stimulus checks for $ 600 that became law yesterday .

“It is essential that this Distribution Plan is approved by the Federal Government to proceed to distribute these aid,” Parés wrote on social networks.

In addition, the secretary acknowledged the “diligence” of the Treasury collaborators for “preparing to submit the draft just hours after it became law.”

# 2nd round from $ 600 | Having already become law a 2nd Round of Economic Impact Payments, we will be submitting tomorrow morning to the @IRSnews the draft Distribution Plan required by the @USTreasury.

It was yesterday that President Donald Trump signed the aid package that is equivalent to $ 900 billion and that includes checks to the vast majority of citizens.

This, despite having threatened to veto it and having required the federal legislature to increase the aid to $ 2,000, which did not happen.

Hospitalizations for the coronavirus on the island drop to 58 | government

A “carjacking” is registered in Bayamón

1.35 million vaccines shipped by the United States arrive in Mexico