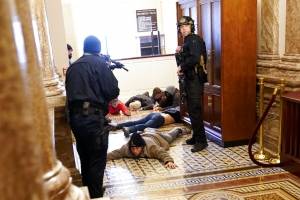 During the afternoon of today, the funeral acts of two of the three 19-year-old youths murdered last Tuesday, January 19, were held in the abandoned Moisty Skate Park in Caguas.

In an interview with Noticenter, the mother of Frankie J. Coss Báez, assured that he cannot forgive the murderer of his son, identified as William Marcano Hernández, 48, who was the most wanted in Caguas for other murders.

“I do not forgive. I hope that the full weight of the law falls on him and, if possible, much more,” said Ivelisse Báez Hernández. “You didn’t kill anyone on the street, you killed three innocents.”

The woman said she was at peace because her son was “such an excellent and good boy.”

In addition, he called on parents to “tell their children that they love them” because they don’t know when the last day they will see them will be, “and I couldn’t say goodbye to mine.”

They will demand better conditions for women | Present

Man arrested for Law 54 in Villalba

Careful! Progress against Covid could disappear with its variants

A woman drowns on a beach