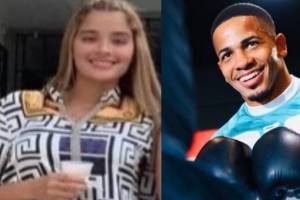 On Tuesday, from 2:00 in the afternoon to 6:00 in the afternoon, will be the wake of the Bishop Emeritus of Arecibo, Monsignor Iñaki Mallona, ​​in the San José de Lares Parish, where he served for years as a priest, before be appointed Bishop.

This Wednesday the funeral will be celebrated with the Pontifical Mass in the San Felipe de Arecibo Cathedral, where he will be buried in the crypt prepared for his abode. It will be on display from 10am, and Mass will be celebrated at 2:00 in the afternoon.

Monsignor Iñaki was the third bishop that the Arecibeña Diocese had, since Pope Saint John XXIII erected it on April 30, 1960. The news of his death was released this morning, which has caused countless expressions of affection and solidarity on the part of the parishioners in the social networks of the Diocese of Arecibo.

For several months, his Alzheimer’s condition had been complicated, so the current Bishop, Monsignor Daniel Fernández Torres, had made multiple public calls to pray for his health.

He has been the Bishop who has been in front of the Diocese of Arecibo for the longest time.