It will take approximately 6 to 7 hours for LUMA Energy to restore power to all subscribers affected by today’s Monacillos explosion.

This was confirmed by the president of the company, Wayne Stensby, during press conference.

Stensby said LUMA made it a priority to restore power first in places like hospitals and then in homes.

For his part, the executive director of the Electric Power Authority, Efran Paredes Maisonet, assured that “there is no damage to any of our generation units and the machines will be starting for the next few hours.”

The president of LUMA pointed out that around 700,000 customers were left without power due to the incident, the cause of which remains undetermined. 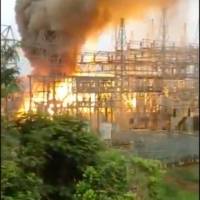 15,364 subscribers are still without electricity, according to LUMA