Three candidates for the Senate from the district of San Juan starred in the third edition of the series of evening debates of Metro and Noti Uno 630 with which people have had the opportunity to know the positions of those who aspire to reach the Legislature of Puerto Rico.

The candidates from the other political parties did not accept the invitation to participate in the debate.

Throughout the debate, the candidates of the PIP and the MVC blamed the past New Progressive and popular administrations for the problems faced by San Juan, as well as the municipalities of Guaynabo and Aguas Buenas, which make up the senatorial district to which they aspire.

For his part, Laboy repeatedly attacked the management of the PNP senator for San Juan, Henry Neumann, who was absent from the debate.

In the first round of questions, the PIP and PPD candidates supported the elimination of the inventory tax. In the case of Gutiérrez, the independence candidate assured that it is urgent to create a new way of raising funds to municipalities and proposed the creation of a municipal development bank that draws on different sources such as patents.

The popular Jesús Manuel Laboy said that he favors the proposal of the candidate for mayor of San Juan for the PPD, Rossana López, to return the tax through a refund.

Meanwhile, Seguí, of the MVC proposed the regionalization of municipal services. 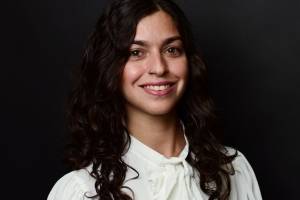 Both the PIP and MVC candidates insisted that the Promesa law has been a factor that has adversely impacted the economy of Puerto Ricans and demanded to fight the actions of the Fiscal Control Board.

Likewise, the three candidates favored the elimination of the Sales and Use Tax. Laboy argued that the best option would be to collect the tax at the docks, while Gutiérrez supported using money from municipal and CRIM patents. For his part, Seguí rejected that those who have the least pay the same as those who have the most and favored a “modest tax” on corporations that have the ability to pay more money.

On the other hand, the three candidates agreed that short-term rents need to be regulated. They pointed out the regulation should be aimed at protecting the residents of the communities and avoiding the excessive spread of rental properties, specifically by companies. 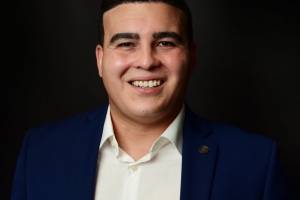 Another point in which the MVC, PIP and PPD candidates agreed was in their proposals to revive Río Piedras. The candidates for the Senate for San Juan highlighted the need to attack crime through economic development and promote culture and sports. While Laboy spoke of turning Río Piedras into a large educational center in San Juan, Seguí proposed an increase in the minimum wage so that consumers can better support small and medium-sized businesses. For his part, Gutiérrez suggested a moratorium on the construction of large shopping centers outside of urban centers.

Likewise, the three candidates had objections to the implementation of curfews as a measure to combat crime.

Ricardo Rosselló on his mistakes: “There is not one, there are many”