A man was shot to death at around 11:44 p.m. Monday, on 12th Street in the Martorell neighborhood in Yabucoa, bringing the number of homicides over the long weekend to 15, the police confirmed.

According to preliminary information, a man who has not been identified suffered several gunshot wounds that caused death at the place where he was attacked.

Agents attached to the Homicide Division of the Humacao CIC are investigating the murder. 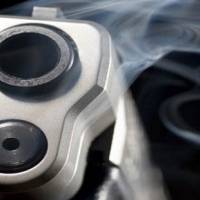 Almost all Puerto Ricans follow the protocols against COVID-19