The President of LUMA Energy, Wayne Stensby, confirmed that there are around 700,000 customers throughout Puerto Rico, who are still without electricity after the explosion in Monacillos.

Stensby told a press conference that they don’t have the root cause yet of the incident.

On the other hand, he explained that it would take 6 to 7 hours to restore electricity service to all affected subscribers.

According data provided by the Public Corporation of the Electric Power Authority (PREPA), until 9:13 pm today, about 22% of the subscribers continued without power. 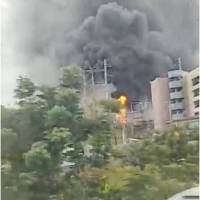 The rise in child abuse is sustained | Agencies

The rise in child abuse is sustained | Agencies