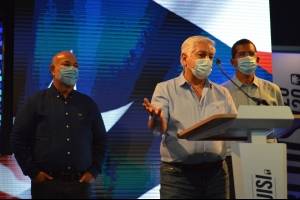 The mayor of Morovis, Carmen Maldonado González, reacted to the announcement issued this afternoon by the Office of the Panel on the Independent Special Prosecutor (OPFEI), dismissing an anonymous complaint against her.

“Said complaint, issued anonymously, should never have passed the first analysis, but it is known that the Department of Justice has been the focus of political persecution. Today again we see how public resources are wasted in investigations without reason, “he said in a press release.

The case to which the also vice president of the Popular Democratic Party (PPD) refers, was submitted by the former Secretary of Justice, Denisse Quinones Longo the same day of his resignation. Specifically, the case originated from an email that described the existence of possible corruption related to the use of funds from the Federal Emergency Management Agency (FEMA) by Maldonado González.

The alleged events were related to a project in the Barrio Vaga de Morovis, which was financed with funds assigned by the federal agency and a kinship relationship was alleged between the president of the Río Negro corporation and the mayor. The OPFEI investigation showed that there is no family link between them.