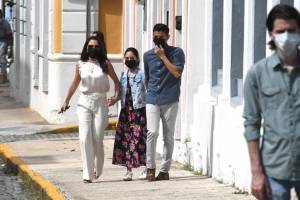 With nearly 100 percent of the votes counted, the New Progressive Senator Miguel Romero surpasses the representative Manuel Natal Albelo, from Citizen Victory, by 1,896 votes, according to the results on the page of the State Elections Commission (CEE).

In third position is the Popular Senator Rossana López with 27,906 votes, the independentist Adrián González owns 4,003 and the candidate Nelson Rosario, from Dignity Project, has 3,765.

The EEC has not yet certified the winner of this contest. 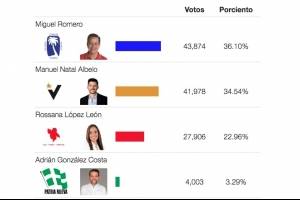