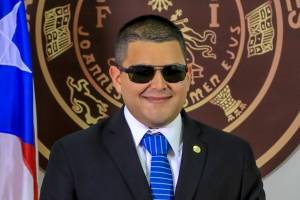 The representative of the New Progressive Party (PNP), Néstor Alonso Vega, presented his resignation from the position for which he was elected in the November elections.

“On November 3, 2020 I was elected representative by accumulation on behalf of the New Progressive Party (PNP). I hereby notify you that I am resigning from the position for which I was elected and that the PNP will have to fill. I will dedicate my efforts to defend myself in the pertinent forums “, expressed in the letter sent to the president of the State Elections Commission (CEE).

Alonso, who was accused of corruption in 2020, announced earlier on his social networks that he will be presenting his resignation today, when the new legislature prepares to hold its first session of the four-year term.

“According to information released in the press regarding my swearing-in today, I declare that this morning I am going to resign from my position as representative for the new four-year term,” he said on his Facebook account.

Alonso Vega was elected among the 11 legislators by accumulation for the House of Representatives. He was later arrested by federal authorities.

The gender perspective will impact all school subjects | Agencies

They find a 35-year-old man shot in Aguada

The gender perspective will impact all school subjects | Agencies

They find a 35-year-old man shot in Aguada

Advantages of a sustainable gastronomy