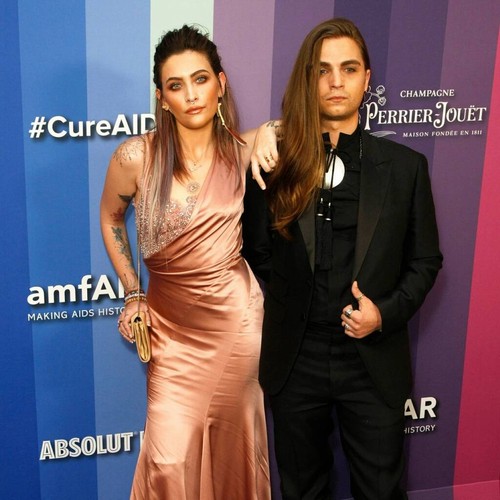 Paris Jackson and her boyfriend Gabriel Glenn have set the release for their debut EP as The Soundflowers.

The self-titled five-track release will drop next week and feature the tracks Your Look (Glorious), Geronimo, and Notes On A Ghost.

The model/actress, who is the daughter of the late Michael Jackson, and Gabriel formed The Soundflowers after meeting at Los Angeles’ Rainbow Bar and Grill during a gig for his band TrashDogs.

“I started writing around 13 when I bought myself a guitar but I didn’t really start sharing or recording it until I met Gabriel,” Paris explained. “We showed each other songs and even wrote a few on the spot. Everything fit together so naturally, from our voices to our songwriting style. I had never met someone who fit so perfectly with my sound.”

The duo is also releasing a merchandise line, with proceeds from sales to benefit the Black Women Lead organisation and the Black Voters Matter Fund.

And taking to Instagram to share the news, Paris noted that she is “insanely excited” for fans to hear the new tunes.

“So insanely excited to share the news that my bands EP that we’ve been talking about for the last two years is finally ready to be released next week on june 23rd. We’re so eternally grateful for every one of you and all of the support and love you’ve shared with us. i really hope you guys enjoy it (sic),” the 22-year-old wrote.

Drawings of the Electronic Lottery of August 4, 2021

With a Barbie, Mattel pays tribute to front-line women during the pandemic | Present