One murder and two gunshot wounds was the balance of a shooting that occurred around 1:14 in the morning today, Sunday, on the Camino Marcelino Burgos in the Santa Rosa I neighborhood, in Guaynabo.

Both were transported to a hospital institution where they receive medical attention and their condition is unknown at the moment.

Agents, attached to the Bayamón Homicide Division, in conjunction with the Bayamón Prosecutor’s Office and the Institute of Forensic Sciences, are investigating and working the scene. 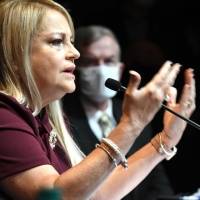 They murder a man in the urbanization of Cupey

The best memes of the week

They murder a man in the urbanization of Cupey