The pool known as El Hippie in Naguabo. – screenshot 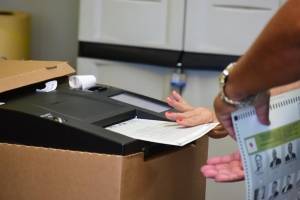 The authorities reported today, Monday that through a telephone call to the 9-1-1 Emergency System, an incident was reported in which a female was trapped on the other side of the Blanco River, in the area known as El Charco El Hippie in Naguabo.

Reportedly, a woman, identified as Alice Harris, 35, and a resident of Baltimore, Maryland, crossed to the other side of the river, went down a waterfall and a flood of water occurred at the site. This could not return.

In the afternoon, Harris was rescued by the authorities.

Agent Pedro Colón, supervised by Sergeant Julio Cruz assigned to the Naguabo district, carried out the investigation of this incident.

Man charged with robbery at restaurant in Guaynabo