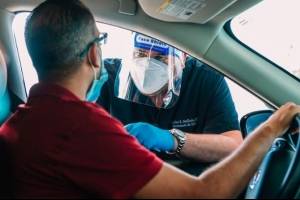 The New Progressive Senator Thomas Rivera Schatz said, today, Friday, through his social accounts that the opposition of the government of Puerto Rico opposes the appointment of Magaly Rivera Rivera as Secretary of Education only “because it is political.”

“Her academic, professional, personal merits or her experience in the field of education are not disputed. Her big problem is that” it is political “! What really irritates the opposition is that she is PNP and statesman! They shout” outraged “what a great outrage! He is a member of the same party as the Governor-elect! Incredible and unacceptable! How is it possible?”, said the senator.

He added that if the designated person were “from the turkey and left” and opposed reparative therapies, those who criticize Rivera Rivera would seem “phenomenal.”

“What these people want is a politician but of the turkey and left and if he opposes the” conversion therapies “, that takes away authority from the parents over their children; one that does not have problems with the children wearing uniforms of Girls and girls in boy’s uniform… That would be great for them! “he said.

Here are the senator’s full statements:

Call to update the rest of the vaccines | government

The Secretary of Health on the use of masks: “This is not the time to relax” | government

Call to update the rest of the vaccines | government

At a good pace Culebra, Vieques and Villalba in the vaccination against COVID-19

The best memes of the week