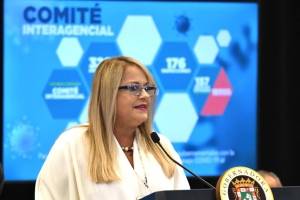 The President of the Senate, Thomas Rivera Schatz, filed today the Senate Resolution 1378 to reject the HR 8113 project proposed by the Congressmen Nydia Velázquez and Alexandria Ocasio-Cortez alleging that it is legislation that is a “colonialist attempt and cultural imperialism” that “ignores and interferes” with the self-determination decisions of the voters of Puerto Rico, undermining democracy and equality.

In the same way, the senatorial leader ruled that the Velázquez and Ocasio-Cortez measure perpetuates the “undemocratic status” of Puerto Rico as a territory “by pretending that there may be a non-territorial status other than statehood, independence or a nation in association with the United States ”.

Likewise, he expressed himself against the options for the future status of the Island being reduced “to a convention elected for an unlimited term” and that federal officials may recommend cultural and linguistic policies for Puerto Rico “contrary to the American principles of equality of citizens, diversity and cultural pluralism ”.

In passing, he announced that the Senate of Puerto Rico will not approve legislation to convene a status convention under HR 8113 or allow the right to self-determination of the people of Puerto Rico to democracy and equality for American citizens residing on the Island ” are dictated by diversionary tactics such as HR 8113 or proposed scams for a non-territorial ‘Commonwealth’ other than a state or nation, which have been consistently rejected for constitutional reasons and by the three branches of the United States government. ” .

They surprise hundreds of people, including minors, violating executive order in La Perla

In 137 hospitalizations for coronavirus on the Island | government

They shoot at a driver while traveling through Peñuelas

They surprise hundreds of people, including minors, violating executive order in La Perla