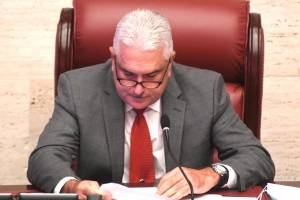 The President of the Senate, Thomas Rivera Schatz, gave the governor until 5:30 pm to withdraw the appointment of Maritere Brignoni as an associate judge of the Supreme Court.

During a presentation shift, the New Progressive leader assured that the nominee does not have the necessary votes of the majority to be confirmed.

“We decided to grant the Governor of Puerto Rico until 5:30 pm as an act of reverence for her to withdraw the appointment of Ms. Maritere Brignoni as an associate judge of the Supreme Court,” Rivera Schatz said during the conclave.

The expressions came after a meeting of the PNP Caucus, where it was found that the appointee does not have the votes.

The Senate will remain in recess until 5:30 pm, to then vote on the appointment.