The Upper House approved the appointment of Carlos Rivera Santiago out loud. 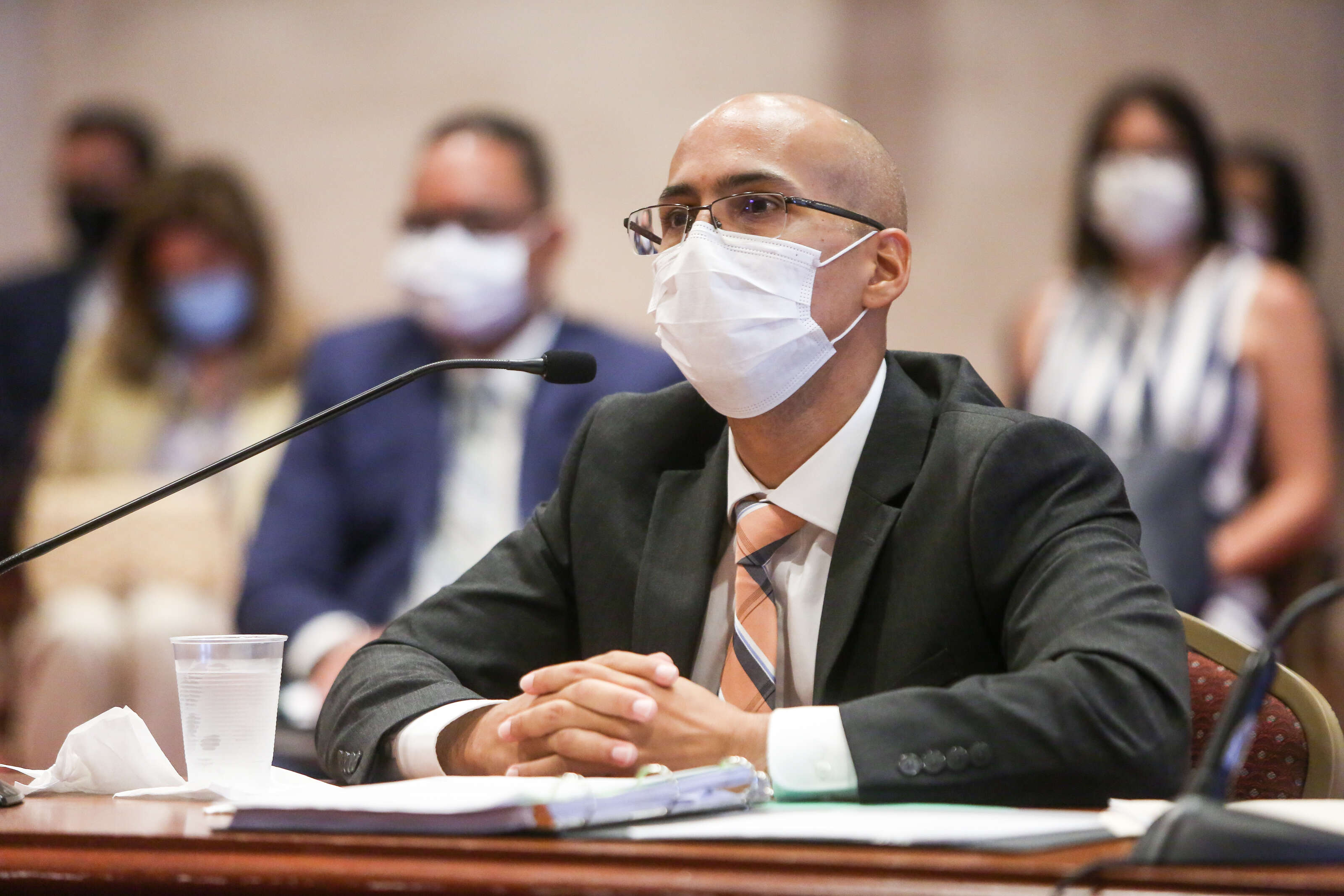 June 15, 2020. Public hearing of the appointments commission evaluates Carlos Rivera Santiago as secretary of the Department of Labor.

The Senate of Puerto Rico confirmed today, out loud, the appointment of Carlos Rivera Santiago as secretary of the Department of Labor, despite the fact that he was questioned because of his executions when he worked as chief of the public prosecutors office for minors.

The delegation of the Popular Democratic Party (PPD) and the senator of the Puerto Rican Independence party (PIP), Juan Dalmau and the independent José Vargas Vidot, recorded their vote against. The popular senator Cirilo Tirado Rivera was inhibited.

The president of the Senate, Thomas Rivera Schatz, said in the Chamber that Mr. Rivera Santiago is qualified to occupy the position despite the allegations of insensitivity when handling the case of several minors when he was a prosecutor in the Department of Justice and ordered to inform the governor immediately about the confirmation.

Rivera Schatz, said that "those who roared like lions insinuated that attorney Carlos Rivera Santiago was a racist without any basis and data only with mere speculation they called him a racist and used a girl with an unhealthy purpose to advance causes. ”

The president of the Appointments Commission, senator Héctor Martínez Maldonado, said when presenting the appointment that“ I will not be the executioner of nobody and much less of a nominee, that if I get carried away by information that came out through the media, I would have to lynch him. r all parts and let us prejudice. People who use that for political advantage. ”

“ The easiest thing for me would be to lynch him because politically it suits me. I prefer to lose by telling the truth and not win by cheating. I am going to stay with my mind calm. I do not know if history will judge us or not, but I am going to do this vote with the utmost justice because here they speak of discrimination and none of that happened, "argued Martínez Maldonado.

" The appearance of all the deponents on the appointment of the lawyer At no time did Carlos Rivera, as secretary of the DTRH, demonstrate that the designee had racist motivations in his enforcements as chief prosecutor for minors, ”Martínez Maldonado stated in writing in the positive report.

For her part, Governor Wanda Vázquez Garced He thanked the president of the upper house and said he was confident that the new head of the job "will bring better execution to the service of Puerto Rico."

Rivera Santiago defended the decision of the Senate prosecute an 11-year-old Special Education student for an alleged assault case that occurred in the midst of a bullying incident when she held the position of pro Curator of Minors in the Department of Justice.

"I fulfilled my ministerial duty, my duty in law and that in accordance with the law, I therefore complied," he affirmed when asked by popular senator Eduardo Bhatia.

During During the interrogation of Bhatia, Rivera Santiago admitted that he never ordered the case of the minor to be filed and that as part of the handling of the case, he evaluated the conditions of the other injured minors.

“I must give the instruction to a solicitor to file or close the case, I did not give that instruction, "said Rivera Santiago.

See also: Who is the new appointed Secretary of Labor?

During the hearing, AAA acknowledges they do not have money for dredging reservoirs