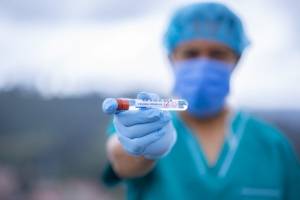 The Puerto Rican singer-songwriter David Rodríguez Labault, better known as Sie7e, made public today its endorsement of the candidate for governor Alexandra Lúgaro and by the entire Victory Citizen Movement (MVC).

Just 10 days before the general election, the artist posted a video from his official Instagram account in which he urged people to exercise their right to vote and explained why he gave his to the MVC.

“I have always used my voice to point out social injustices. This time I use it to ask them to invest their vote and we manage to remove all the people who have led us to this economic bankruptcy that has affected us even basic rights such as health, education, shelter and food. “, Sie7e wrote in the message with the one that accompanied the publication that already has more than 5,000 views on the social network.

“I will give my first vote to the TEAM that works for Puerto Rico, I will vote for @victoriaporpr @ alexandralugaro A movement that is clear that the most important thing now is to clean the house and regenerate the political system to lift Puerto Rico. ”, He pointed out.

Woman alleges more than $ 900 was stolen by phone call

Daniel Dhers: Coming to the Olympic Games “renewed the feeling of being Venezuelan”