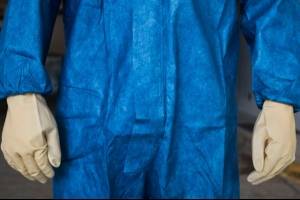 A woman was charged with attempted murder, gun law and less serious assault for allegedly running her car over a young man in Hatillo.

The case against Janice E. Ruiz Cajigas, alias Gury, 46 years old and A resident of Hatillo, he was presented before Judge Michelle Camacho Nieves, of the Court of First Instance of Arecibo, who after hearing the evidence determined cause and set a global bond of $ 100,000 dollars, which he did not pay, being admitted to the Bayamón jail, until the preview.

According to the investigation, on Sunday, January 24 of this year at night on highway 130 in the Barrio Capaez sector Las Piedras in the town of Hatillo, the defendant intentionally ran over the young Joshua Rivera Vera with her Mitsubishi Montero vehicle. , 20, a resident of the town of Hatillo, who was walking along the side of the aforementioned road.

Man throws himself off a 12th floor in Río Piedras