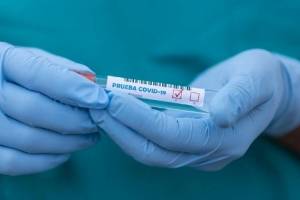 The Court of Appeals found it pertinent to consolidate the dismissal complaints against the president of the State Elections Commission (CEE), Juan Ernesto Dávila that were submitted by the Commissioner of the Popular Democratic Party (PPD) and the popular candidate for the House of Representatives Yaramary Torres Reyes.

Torres Reyes filed the appeal on August 12, while Commissioner Nicolás Gautier Vega appeared on August 27. Both had to appear in court to argue in favor of standing.

The Court recognized that these cases do not have a presedent, there is “no identical or similar case, which illustrates or serves as a guide.” But the conclusion was that, in effect, both have standing, that is, the ability to act as plaintiffs, and the complaints continue to be consolidated.

These cases join the wave of legal appeals presented for the same purpose, including the candidate for governor for the Puerto Rican Independence Party, Juan Dalmau, as well as the popular representative Carlos Bianchi Angleró, and the former judge and former electoral commissioner PPD, Carlos López Feliciano.

Postpartum depression in times of COVID-19