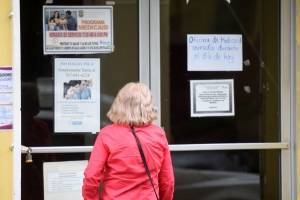 Agents, assigned to the Arrests and Raids Division of the Mayagüez Criminal Investigation Corps, filled out an arrest warrant with a $ 900,000 bond, for violations of the Arms Law and violations of the Law for the Prevention and Intervention with Domestic Violence against Jean Carlos González Pérez, known as “Yankee“, 31 years old and a resident of San Sebastián, for events that occurred on June 7, 2021, in the El Culebrina urbanization in San Sebastián.

According to the authorities, it was alleged that Gonzalez Perez Using a flashlight, he attacked his partner in different parts of the body and caused multiple bruises and bruises.

The defendant was brought before Judge Rolando Matos, who ordered his admission to the Bayamón Correctional Complex after he failed to provide said bond.

Agent Rubén Lamberty, from the Arrests Division of the Mayagüez Criminal Investigation Corps, was in charge of the arrest.

Report ‘carjacking’ in front of a condominium in Guaynabo

Solar panels stolen from a school in Toa Baja

They will investigate telecommunications failures during last week’s blackout

Report ‘carjacking’ in front of a condominium in Guaynabo

Solar panels stolen from a school in Toa Baja