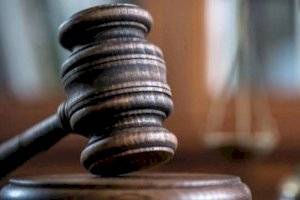 A man, identified as Denesisn Martin Delgado Dávila, was reported for an incident of gender violence yesterday, Tuesday, in Carolina, police reported.

Agent Esteban Rivera Cruz, attached to the Division of Domestic Violence of the Carolina CIC, confirmed the complaint against Delgado Dávila, 34.

The evidence collected was brought before the evaluation of the prosecutor José Carrasquillo, who, upon examining it, ordered the corresponding complaint to be presented when violating Article 3.1 of Law 54.

Judge Larissa Ortiz listened to the parties and determined the cause of the charges against Delgado Dávila, to whom she set a bond of $ 25,000, which was deferred by the Office of Pretrial Services.

New problems in cargo haulage to Vieques and Culebra are reported

They train inmates in renewable energy and photovoltaic systems

Governor appoints an Acting Secretary for the DE

Luquillo will administer the second mass vaccination dose by servicarro