Hundreds of people have been exonerated of their convictions thanks to the review of their cases in recent years in the United States. – Getty Images 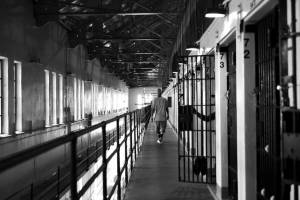 The secretary of the Department of Correction and Rehabilitation, Eduardo Rivera Juanatey spoke on Saturday about the positive cases of COVID-19 from officials.

“It is only about three officers who work in different areas and shifts in the institution who tested positive in recent days. The previous week, another 5 cases were reported, which are not related to the current ones, “said the secretary in written statements.

“In compliance with the protocols implemented to attend the emergency caused by COVID-19, when an officer tests positive for the virus, the removal for preventive isolation of any person who may have had contact with it is also ordered. Twenty-one officers, from three different shifts, were ordered to be withdrawn for preventive isolation and to carry out molecular tests. The officers will not be able to return to their duties until they present a negative result to the tests. Other custody officers have been deployed to attend the positions that the officers who are isolated were filling, ”he added.

Rivera Juanatey mentioned that no service has been suspended, “much less services related to health, since these services are never suspended within an institution.”