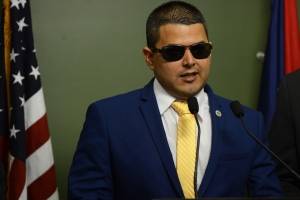 The Governor of Puerto Rico, Wanda Vázquez Garced, will meet this afternoon, Thursday, with the governor-elect, Pedro Rafael Pierluisi.

Within hours of closing schools last Tuesday, Vázquez Garced congratulated Pierluisi for his victory in the general elections.

“The sovereign people having expressed themselves at the polls, it is up to us to be facilitators of an adequate and effective transition process, so that the new government can continue working for a better Puerto Rico.”

With 95.69 percent of the schools reported, Pierluisi dominate the gubernatorial race with 390,330 votes.