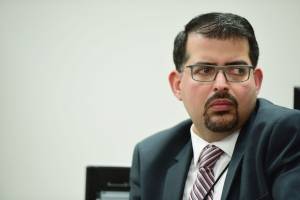 The resignation of Juan E. Davila Rivera to the presidency of the State Elections Commission (CEE) led to the dismissal of the lawsuits seeking their dismissal after the eventful primarista process.

In the afternoon today Davila rivera submitted an “Informative Motion and File Request” in which he attached his resignation letter addressed to Governor Wanda Vázquez Garced.

“Given this and considering that the only controversy before us revolves around the removal of the President of the [CEE], proceeds the dismissal of the epigraph cases due to academic nature “, reads the ruling of the Special Panel of the Appeals court.

This determination was made before the complaints presented by the candidate to the House of Representatives for the Popular Democratic Party (PPD), Yaramary Torres Reyes, and the lawyer Nicolás Gautier Vega in his capacity as Electoral Commissioner of the same party.

“I am not resigning because I think that any of the complaints filed against me have any chance of proceeding. In fact, the Court of Appeals has already dismissed most of them. In the public arena, several lies, insults and slander about this server have been mentioned. Telling a lie many times does not make it true. To those who have made these expressions I say: God bless you. Thanks to all the people who have supported me through these difficult weeks. I thank you for your concern and sense of brotherhood, ”said Dávila, whom the vast majority of political sectors demanded from the primarista debacle of August 9.

Pharmacists claim to be included in government incentives

China reveals new images of the surface of Mars